Samsung will launch a brand new foldable phone Samsung Galaxy Fold. When it’s folded it has a 4.6-inch display and when the device opens up you can see a massive 7.3-inch infinity flex display that transforms the fold into a tablet. The two different screens it’s perfect for any situation when closed, it fits right the palm of your hand.

The Samsung Galaxy Fold display gives you a powerful multimedia experience. You can open multiple apps at the same time. Watching youtube videos, messaging, and reading the newspaper all things can do in one display at the same time.

Samsung Galaxy fold has one small outer screen and large folding inner screen in a single device. It has a 4.6-inch cover display and when you flip it and open you get a 7.3-inch infinity flex OLED display. 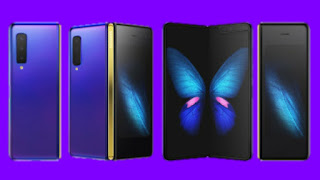 Galaxy Fold has a power button on the side of the phone which you had probably expected it and there is also volume rocker and also a fingerprint reader for unlocking the device. Galaxy fold is a little bit heavy and big compared to other devices. 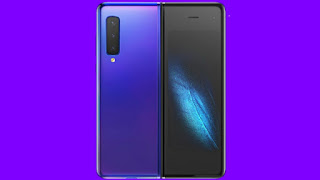 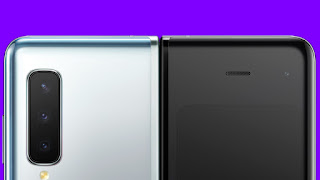 Samsung Galaxy Fold comes with six cameras. The three cameras are found on the rear of the device with 12 MP primary camera + 12 MP telephoto lens and 16 MP ultra-wide lens.
Inner of the display, You get a notch which has 10MP selfie camera and 8MP depth sensor. You get one 10MP selfie camera on the front of the galaxy fold. You get the same picture quality of Samsung Galaxy  s10. 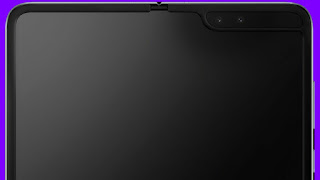 Samsung Galaxy Fold comes with 4,380 mAh which gives you all day long entertainment. It supports wireless charging including power share feature. Samsung Galaxy Fold has a 7.3-inch large display so that maybe battery will drain fast.

Samsung Galaxy Fold has Snapdragon 855 chipset with Adreno 640 GPU.  It has 12 GB RAM with 512 GB storage which is really huge. It does not support external sd card so that storage is not expandable. Performance is better than any other galaxy phone.

Samsung Galaxy Fold based on Android 9.9 pie with One UI which is the latest Android version.