Vpn stands for a virtual private network that means you can serve anything from a website. If you think your data should be safe and what you serve in a website that should be private then using a VPN is the right way to protect data. Using a VPN is not only for protecting data it can be used an explore the internet and hiding your IP address.

If you search VPN apps on android play store or even on IOS you are going to find a shit ton of  VPN apps and I’m not sure how affected they are, but chances are they are selling your data. Don’t worry, We are going to discuss some of the best free and secure VPN Apps.

Vpn Inf is most rated VPN app on play store with 4.6 stars. VPN Inf works most reliable for anyone. If you are a pubg player then this is the best free Vpn app because without any server error you can get under 60 ms ping.  It has more than 30 countries servers are available. You can connect Canada, Germany, France, United Kingdom, India, Netherlands, Poland, Russia, Singapore, and the United States free of cost.  VPN Inf is the Best free VPN for Android. 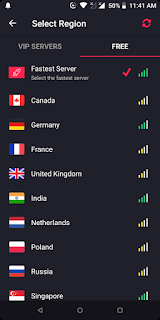 Thunder VPN is one of the best Vpn after VPN Inf. It is the same as a Vpn Inf but it has less free servers. In Thunder VPN you can get a more than 10 countries servers and some are paid and free of cost. I would like to recommend this VPN app because it provides free VPN proxy service with high-speed bandwidth. Thunder Vpn doesn’t demand any additional permissions so that your data will be safe and secure. 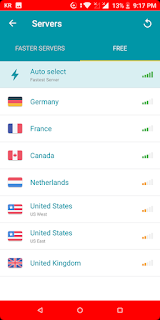 If you are playing PUBG Mobile lite then it will be the best VPN for you. It has more than 15 servers. The experience of using this app is fantastic. You can connect Brazil, United States, Japan, Philippines, South Korea, France, Germany, and the Netherlands free of cost. You can enjoy browsing the web freely without anyone knowing about your information and also great when you wanna play PUBG Lite. So, I highly recommend it to anyone who wants to keep themselves private. UFO Vpn is the Best free VPN for Android. 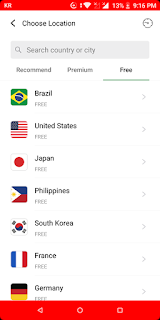